This month’s icon: you guessed it, it’s another Ferrari

You might think that we're a bit Ferrari-biased at Lockton given that our next motoring icons article features another of Maranello's finest, the Ferrari 288 GTO. Fear not, while we are unashamed fans of The Prancing Horse, we love all things automotive, not just those that usually come in Rosso Corsa.

This time, our subject has been chosen by none other than the Head of Lockton Performance, Simon Ambler. We asked him what made him choose this particular car and this is what he had to say:

“This was one of the first 'very high-value' cars I insured and did so for a wonderful client. This client had done rather well in the computer games industry and poured his hard-earned cash into collecting cars.

I remember seeing the car at a FOC concours and just totally falling in love with it. The client opened it up for me and I just sat in it for ages. I was young and impressionable and perhaps taken aback by the openness of the owner who delighted in sharing it with people. The fact it looked like the 308GTB, but with all the latest turbo technology added to the same engine and the different wing mirrors made it, in my opinion, magical.”

We've indeed been lucky over the years to have worked for some truly amazing clients who are only too happy to share their passion with us. Simon's choice of the Ferrari 288 GTO was the second car to wear the GTO badge and the first of the cars known as 'F-Cars' by Ferrari aficionados.

We think this is a great choice (not just because Simon's the boss – honest), but also because the 288 combines serious good looks with truly neck-snapping performance. Throw in the contemporary technology and there's no wonder it remains such a highly sought-after model almost forty years after its launch.

The story of the 288 GTO begins in the midst of another tale of 1980's excess. The Group B era, for many, is epitomised by the fire-breathing rally cars produced by the likes of Lancia, Audi and Peugeot and we have written about these monsters here.

Homologation was Ferrari's key to building a car without compromise. By the late 1970's, the company was focused primarily on Formula One, having moved away from sports and endurance racing after decades of success. Enzo Ferrari required a model to showcase the technological advances being made in engineering and construction of his cars. Group B was the ideal place for this, as the rules allowed practically free reign over all aspects of the competing cars from design to power output, with the proviso that a minimum of 200 were made for sale as road legal vehicles.

The original plan was to modify the 308 GTB but the FIA rejected this application, effectively paving the way for Ferrari to create a completely new car.

The heart of any new car to roll out of the famous Maranello gates is its engine, and in this respect, the 288 was no exception. It used the V8 found in the 308, but cylinder capacity was about the only thing it shared with its production sibling.

To comply with Group B regulations, the capacity had to be reduced to 2,855cc, as Ferrari planned to turbocharge the engine. This route was proven to generate significant power and torque increases, as was seen in both other Group B cars and also many less wild roadgoing vehicles. The engine size also gave the car its 288 model designation, the remainder standing for Gran Turismo Omolagto.

The project was overseen by Nicola Materazzi, an industry veteran who had worked for both Lancia and Osella before joining Ferrari in 1979 to head up the technical department within the racing arm of the company. He persuaded the team to develop turbocharging across both racing and road cars. They had been running a turbocharged Formula One car since 1981 and developed the 208 Turbo, launched in 1982 to provide Italian customers with a car which would meet the criteria for the tax break given to cars with an engine smaller than two litres. 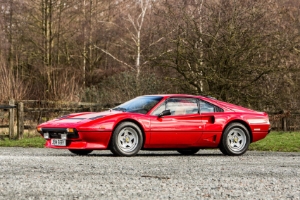 The 208 Turbo was made in response to buyers demanding more performance from the stock GTB/GTS models. Adding a KKK T26 turbocharger boosted power from 155 to 220bhp with immediate and significant performance improvements.

Enzo Ferrari was well aware that customers would pay handsomely for these cars, so the decision was made to develop the GTO as far as was technically possible. The result was that very little of the 308 remained, the GTO being slightly shorter but with a 200mm longer wheelbase and widened wheel arches to accommodate wider wheels (8” front and 10” at the rear).

The steel tubular frame, similar to that used for the 308, was hidden by completely new bodywork with extensive use of composite materials. The wings and quarter panels were made from a fibreglass composite, the doors from aluminium while the roof had Kevlar and carbon fibres, front spoiler and rear valance. 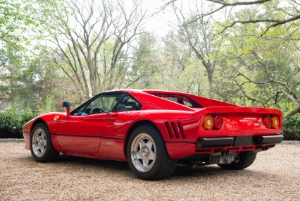 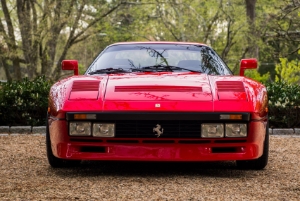 The rear quarters featured three vertical cooling grills, reminiscent of the first car to wear the GTO badge 20 years earlier. The look of the car overall was of a much a more muscular 308, combining the regular car's delightful curves with widened wheel arches, bigger wheels and a tantalising glimpse of the gearbox casing when viewed from behind.

This last point takes us back to the heart of the GTO. As part of the development process, Materazzi changed the engine orientation from the transverse setup of the 308 to a longitudinal position. There was method to this approach, as it freed up space for not one but a pair of turbochargers made by Japanese company IHI. Behr intercoolers were mounted above the turbos, which had boost set at 0.8bar. 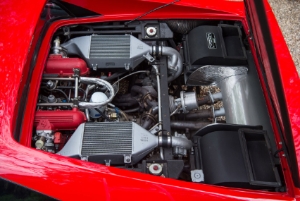 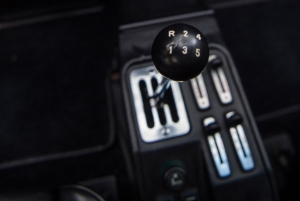 This produced a power output of 400bhp, delivered through a five speed gearbox which was moved to the rear of the engine for optimal weight distribution. The gearbox and differential were encased in aluminium and magnesium casings to further save weight and the rear of the casing was, as mentioned, visible beneath the rear valance – a further visual clue that this was not simply a 308 with some body modifications.

Uprated Koni shock absorbers, unequal length wishbones, front and rear anti roll bars and Brembo brakes made specifically for the GTO ensured that the power did not overwhelm the chassis and wheels came courtesy of Speedline – a delightful two piece split rim design with the traditional five-spoke design in the centre. 16” wheels are now common among family hatchbacks but even more than 30 years after its launch, the 288 GTO remains one of the prettiest Ferraris of the modern era, with styling which simply works from every angle. And the wheels don't look too small either.

Performance figures remain impressive even by today's standards, with a top speed of 189mph and the 0-62mph sprint taken care of in 4.9 seconds. Remember: the car also weighed in at around 2,500lbs – only a few more than a brand new Ford Fiesta today. 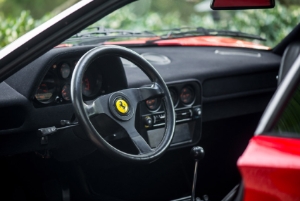 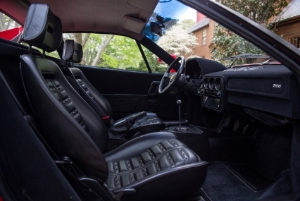 Inside, the emphasis was as much about luxury as function – no stripped-out racing interior here. Occupants would sit in leather bucket seats, many of which were trimmed in black with red inserts, and options included air conditioning and a radio cassette player (for anyone reading this aged under 25, it's what we had to make do with before downloading music…).

The car was unveiled at the 1984 Geneva motor show and the expectation was that it would also be put into competitive use within the Group B race series. The only other manufacturer creating a car for this specific class was Porsche with its 911-based 959 and the series was abandoned with the 288 GTO never seeing competitive use.

Ferrari made 272 GTO's (although some sources suggest the number is 273, plus a prototype). All but one were painted red by the factory; this was the prototype mentioned above in yellow. Owners included Niki Lauda, Keke Rosberg and Michael Schumacher and – away from Formula One – Mick Jagger was also said to have owned a GTO. Lauda's car was made six months after production finished, making it the only 1986 288 GTO in existence.The list price new was around $85,000 (USD) and it is fair to say that the GTO gained status as an immediate classic. Value have never looked back, as you can see from the auction data supplied by Glenmarch.

The GTO paved the way for Ferrari's F-Cars. It was followed by an Evoluzione version which led to the F40, F50, Enzo and La Ferrari, all of which owe their place in Ferrari's history to the 288 GTO, a motoring icon by anyone's standards and a very worthy choice indeed.

Lockton is proud to be the official insurance partner to The Ferrari Owners' Club. Whether you own a 288 GTO or indeed any of Maranello's magnificent machines, please contact us today for a no-obligation quotation. 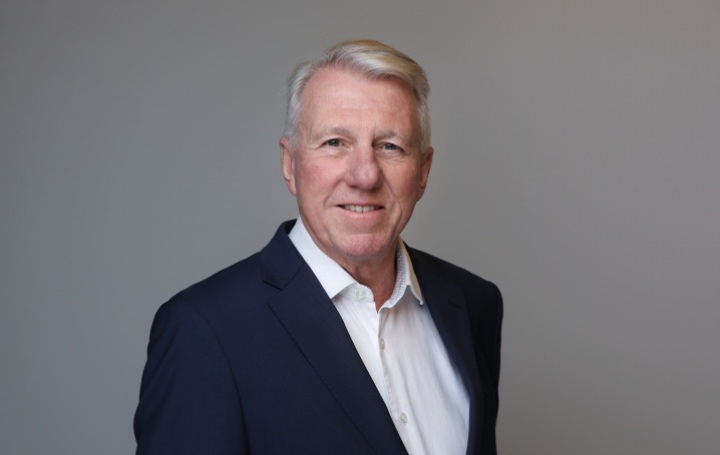