Setting aside the €135,000,000 paid for the 1955 Mercedes-Benz 300 SLR Uhlenhaut Coupe which was ably covered by Lockton last month, the big news in May was the return of the Monaco Historique and with it the accompanying blue-chip sales for RM Sotheby's and Bonhams. Nigel Mansell took the opportunity to offload a brace of iconic F1 cars direct from his private collection at RM's sale. The Williams FW14 that he drove to five victories in 1991 claimed the honours for the top result at €4,055,000, comfortably eclipsing its €1.5-3.0m estimate. GP fans are more likely to remember 'Red 5' as the 'F1 Taxi' that Mansell used to give Ayrton Senna a lift after the Brazilian ran out of fuel in the British Grand Prix. A Ferrari 640 that gave Mansell his first win for the Scuderia at the opening race of the 1989 season also found a new home, hammered away for €3,605,000 (est. €2.5-5.0m). 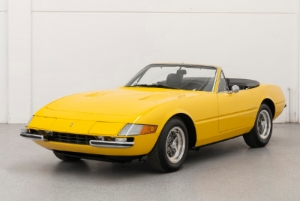 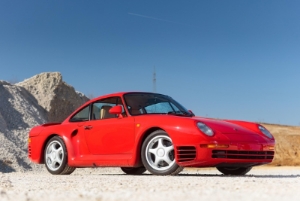 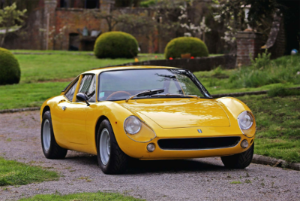 French auction house Aguttes set a new high-water mark for a De Tomaso Vallelunga when it made €324,860 (est. €300-330k) at its May Day sale. The rare right-hand drive example – one of the few 'Competizione' cars powered by a Lotus twin-cam in place of the standard car's Ford engine – started life in the UK before heading to Australia where it remained until 2014. 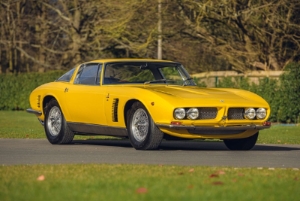 A 1967 Iso Grifo GL350 that was first owned by the multiple-World Motorcycle Champion Mike Hailwood crept above its lower estimate, selling for £309,375 at Silverstone Auctions' sale, held during the Supercar Fest event at Sywell Aerodrome. Crashed and rebuilt during Hailwood's stewardship, it was long-term stored by a subsequent owner prior to a meticulous restoration in Germany. 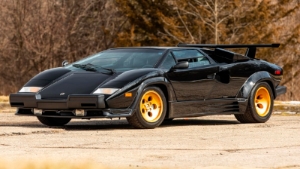 Lamborghini Countachs continue to make strong money, none more so than Mecum's 1988 LP5000 Quattrovalvole which changed hands for $599,500 at their Indy sale. Slated to achieved $450-475k, the car was offered from The Asi and Lisa Sheikh Collection, in original unrestored condition, with 16,000km from new.