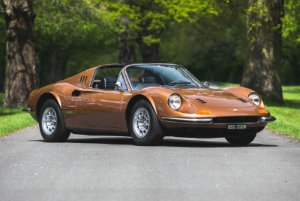 All four Ferrari Dinos changed hands at Silverstone Auctions' sale which was held during the hugely successful National Ferrari Owners' Day at Sywell Aerodrome, with 837 Ferraris in attendance and 1800 people. The headline result was posted by a 43,650-mile 1974 246 GTS, finished in its original shade of Nocciola Metallizzato, that drew £388,125 (est. £375-425k). The right-hand drive example with factory-flares and Ferrari Classiche certification was supplied new to the Sultan of Pahang in Malaysia, with just two owners since, and was restored by John Pogson at Italia Autosport between 2016 and 2018. 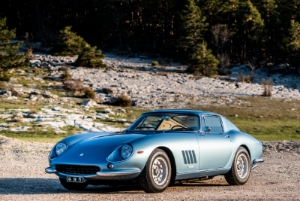 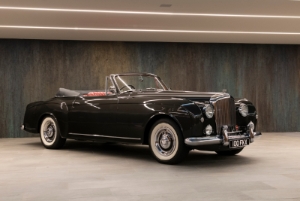 RM's were back in action four days later with their 'Passion for Elegance' sale in Liechtenstein which netted a perfect 100% sell-through rate. The 26-lot single-owner collection of Rolls-Royces and Bentleys turned in some impressive results, notably the ex-Princess Margaret 1954 Rolls-Royce Phantom IV Limousine at a staggering CHF2,255,000, against a guide of CHF400-600K, and a 1958 Bentley S1 Continental Drophead Coupe at CHF1,220,000 (est. CHF900-1.2m). 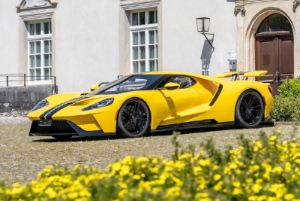 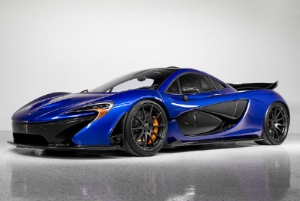 The principle auction activity in the US in June centred on Barrett-Jackson's three-day Las Vegas sale which saw more than 700 cars successfully hammered away for $46 million. A 3,177-mile 2015 McLaren P1 that was first owned by the Canadian DJ and music producer Deadmau5 featured among the big-ticket entries, selling for $1,567,500 while a 1994 Toyota Supra from the Fast & Furious film took $550,000.