The final Lamborghini Aventador coupe ever produced together with its one-of-one NFT made the headlines in April, when it fetched $1,603,125 at RM Sotheby's online auction. Digital artist Krista Kim and DJ, music producer Steve Aoki collaborated with Lamborghini's Ad Personam customisation program to create the one-off LP 780-4 Ultimae, with the buyer also owning a digital replica of the car as a GLB file. 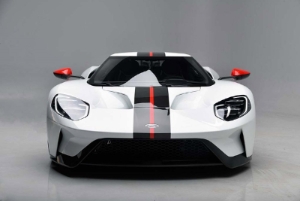 Barrett-Jackson's Palm Beach sale brought strong results for both iterations of Ford's halo car, headed by a no-reserve 2020 Carbon Series GT with only 242 miles. A titanium exhaust, carbon fibre wheels and a polycarbonate engine cover contribute towards trimming 18kg off the standard car; Barrett's example came with an additional $55,000 in factory options and found a new home at $1,540,000. Also being sold without a reserve were a 2018 GT '67 Heritage Edition with an equally scant 295 miles that made $1,430,000 and a 2,147-mile 2006 GT Heritage Edition in Gulf colours which drew $704,000. 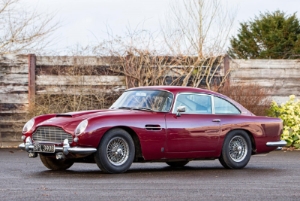 Bonhams returned to Goodwood for its Members' Meeting sale in triumphant style, achieving an impressive 90% sell-through rate. Now back in its traditional spring slot after last year's pandemic-disrupted calendar, all 16 of the Aston Martins on offer changed hands. Highlights included a 1964 DB5, owned by the consignor since 1969 and in need of restoration, that smashed its £280-350k estimate, selling for £506,000. Bonhams' Series 1 Lagonda was exhibited at the 1975 Earls Court Motor Show – one of only seven built in period – and featured a Richard Williams 7-litre engine conversion following its restoration by him in 2006. Guided at £200-300k, it was hammered away for £276,000, while a 1961 DB4 that was built for AMOC racing took £235,750. 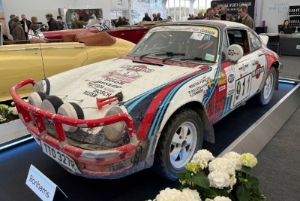 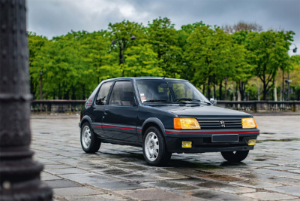